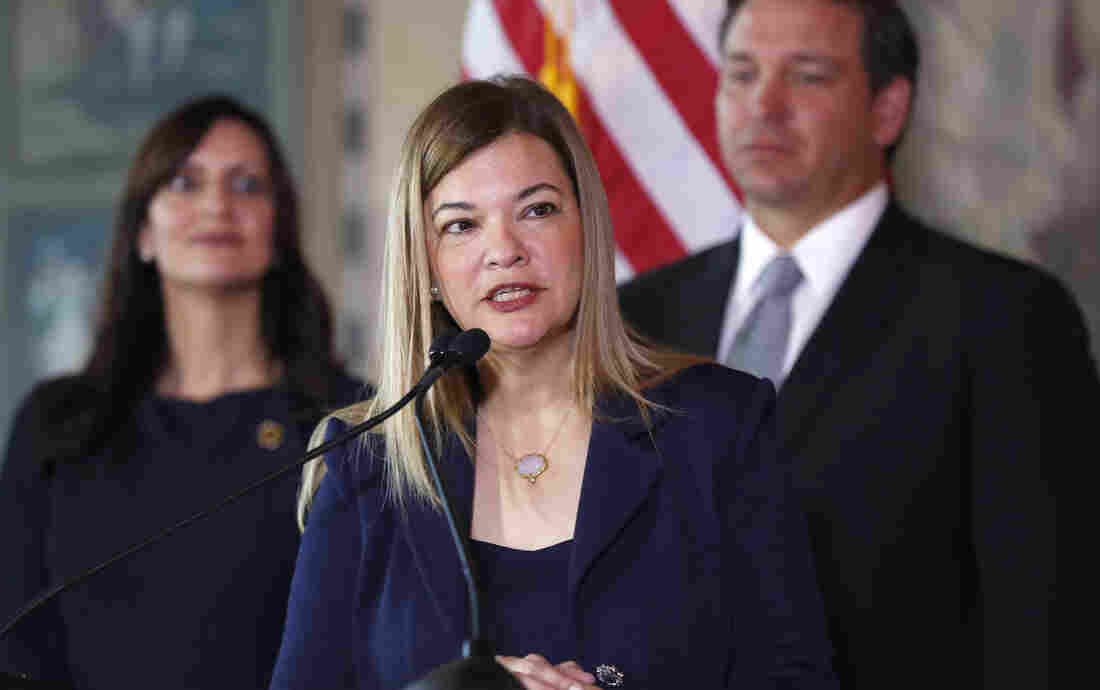 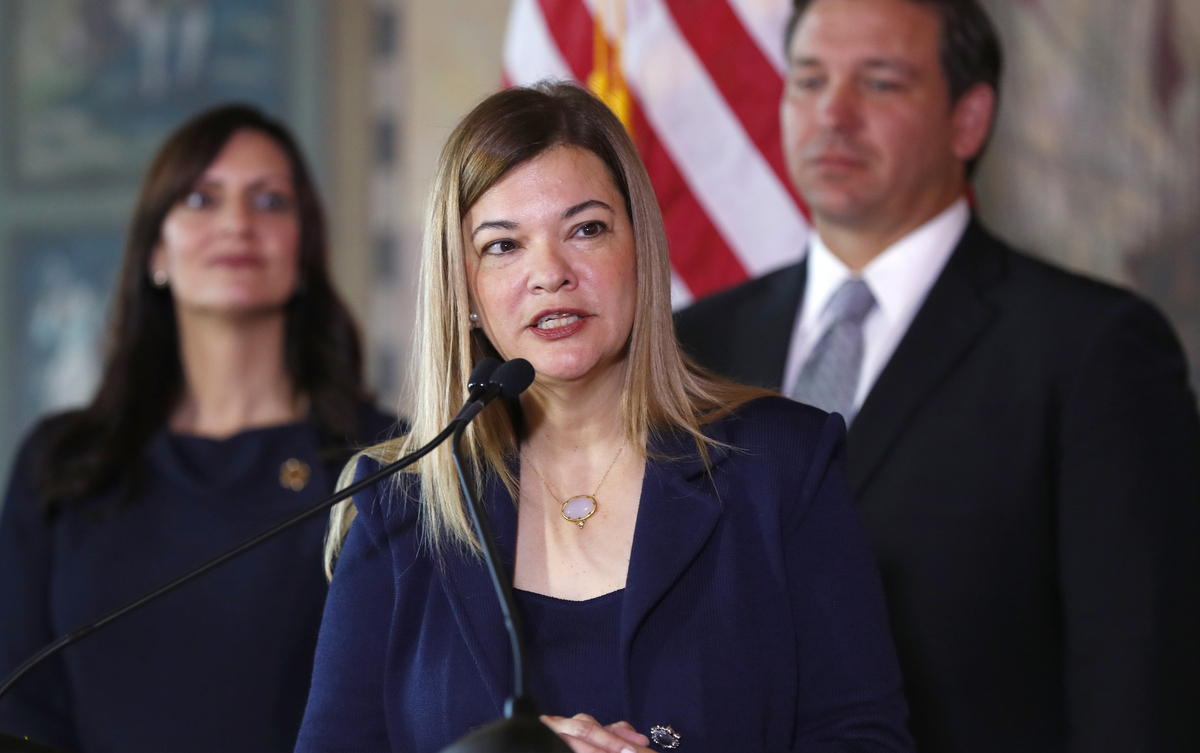 Barbara Lagoa speaks in January 2019 in Miami after Florida Gov. Ron DeSantis picked her for the state Supreme Court.

Although she has been a federal judge for less than a year, Lagoa has a background and judicial philosophy with attractive qualities for the president and conservatives. She's Cuban American and speaks fluent Spanish; she's a conservative Catholic, thus appealing to an important religious constituency; and perhaps most important of all, she is from Florida, a pivotal state in the upcoming presidential election.

"She's excellent," Trump said Monday on Fox News. "She's Hispanic. She's a terrific woman from everything I know ... [but] I don't know her. Florida — we love Florida."

The 52-year-old Lagoa is the daughter of parents who fled Fidel Castro's communist regime in 1966 after the revolution. She got her law degree from Columbia University in 1992, and she practiced law in Miami for 10 years before, representing, pro bono, the Miami relative of Elián González in 2000.

González was the 5-year-old boy found floating in the ocean after his mother and others drowned while trying to flee to the United States.

Elián's father then sought to return the child to his custody in Cuba.

The political flap over González's case highlighted tensions over federal power in the United States and the political influence of the Cuban American community in South Florida. Republicans sought, and continue to seek, support there by promising a tough policy against Havana.

In 2006, then-Gov. Jeb Bush appointed Lagoa to Florida's 3rd District Court of Appeal in Miami, where she served for 13 years, rising briefly to chief judge.

In 2019, newly elected Republican Gov. Ron DeSantis appointed her to the Florida Supreme Court, making Lagoa the first Latina on that bench. She served for less than a year before President Trump nominated her to the 11th U.S. Circuit Court of Appeals in Atlanta later that year same year.

During her 11 months on the 11th Circuit, she has written seven opinions, the fewest of all of her colleagues during that same period.

Lagoa pledged in her U.S. Senate confirmation hearing that she would recuse herself from any case in which she had participated as a judge. At the time she was not viewed as a particularly controversial nominee, and she was confirmed by an 80-15 vote.

Once on the federal court, however, Lagoa did not recuse herself from a case that she had heard while on the Florida Supreme Court. Though she was gone from the state court by the time the advisory opinion in the case was issued, judicial ethics rules require a judge to recuse herself if she has previously participated in any "proceeding" at "any stage of litigation."

The case was a consequential one. It involved a Florida referendum, passed by a large majority of Florida voters in 2018, that amended the state constitution and restored the right to vote to more than 1 million ex-felons in the state.

The federal courts upheld the measure three times against a law passed by the Republican-dominated Florida Legislature that sought to neuter the constitutional amendment. But the 11th Circuit, with Lagoa participating, intervened earlier this year to prevent the ex-felons from voting.

That prompted Democrats on the Senate Judiciary Committee to write a letter asking for an explanation for her apparent contradiction of the pledge she made at her confirmation hearing.

Who Is Amy Coney Barrett, Front-Runner For The Supreme Court Nomination?

"We ask you to explain how your involvement in the decision ... and your continued participation in the case — is consistent with the commitments you made to the Senate Judiciary Committee and the code of conduct," the 10 Democrats on the committee wrote.

Here's how the Tampa Bay Timesdescribed her position:

"Lagoa and her supporters counter that the cases were technically different — even though the issue was basically the same. While she had heard arguments and commented on the case as a Florida justice, she did not vote on it because she was appointed to the federal bench before the state court ruled."

In addition to the controversy over felon rights, Lagoa, per the South Florida Sun Sentinel:

Lagoa has been a member of the Federalist Society since 1998, and if nominated and confirmed, she would be another conservative Supreme Court justice who subscribes to "originalism."

She described the depths of her beliefs in that doctrine in her Senate confirmation hearing.

"If we are not bound by what the Constitution means, and it is ever changing, then we are no different than the country that my parents fled from, which is Cuba," Lagoa said during her 2019 confirmation hearing.

"Cuba has a constitution and a bill of rights, and it means nothing," she said, "because there is no one to hold it and to say, 'This is what the definition of this constitution means' if it is always ever-changing. ... The principles that were articulated in the [U.S.] Constitution at the time of ratification have a meaning — that meaning is constant."

Lagoa also said she is not a fan of the philosophy put forward by former President Barack Obama that empathy was important in a judge.

"A judge's decision must be governed by the law and the facts and cannot be affected by sympathy for one party or another," she wrote in response to questions from Senate Democrats in 2019 for her confirmation to the federal bench. "That obligation is embodied in the judge's oath to 'administer justice without respect to persons.' ... Empathy does not supersede a judge's obligation to follow the law."