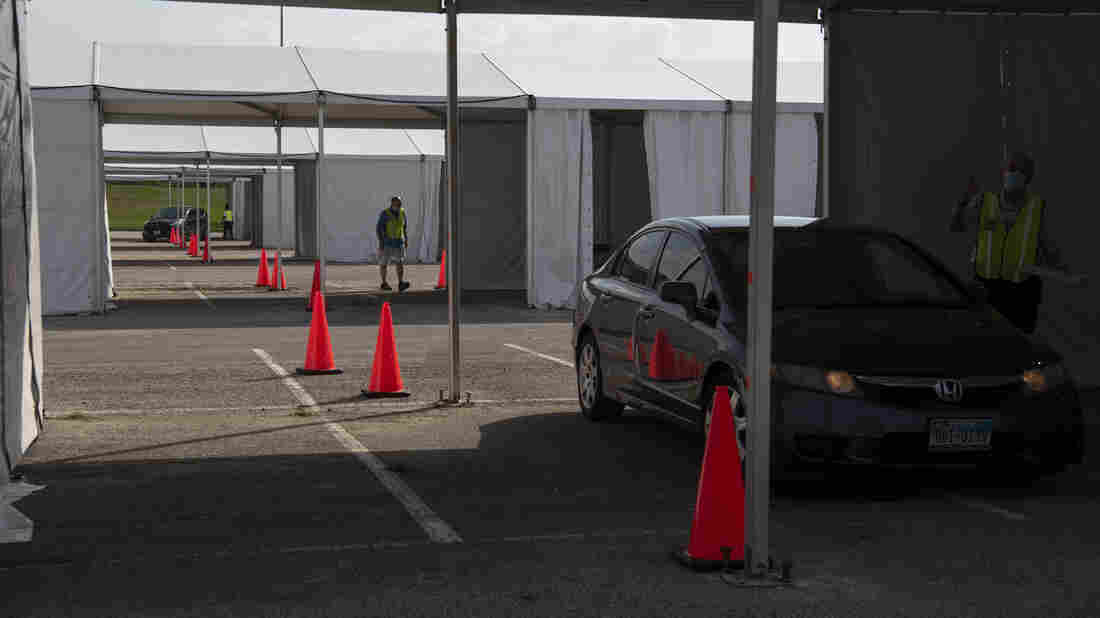 Voters drop off ballots last month at a drive-through polling place in Houston. Some 127,000 voters cast their ballots at drive-through locations in the Houston area. Callaghan O'Hare/Bloomberg via Getty Images hide caption 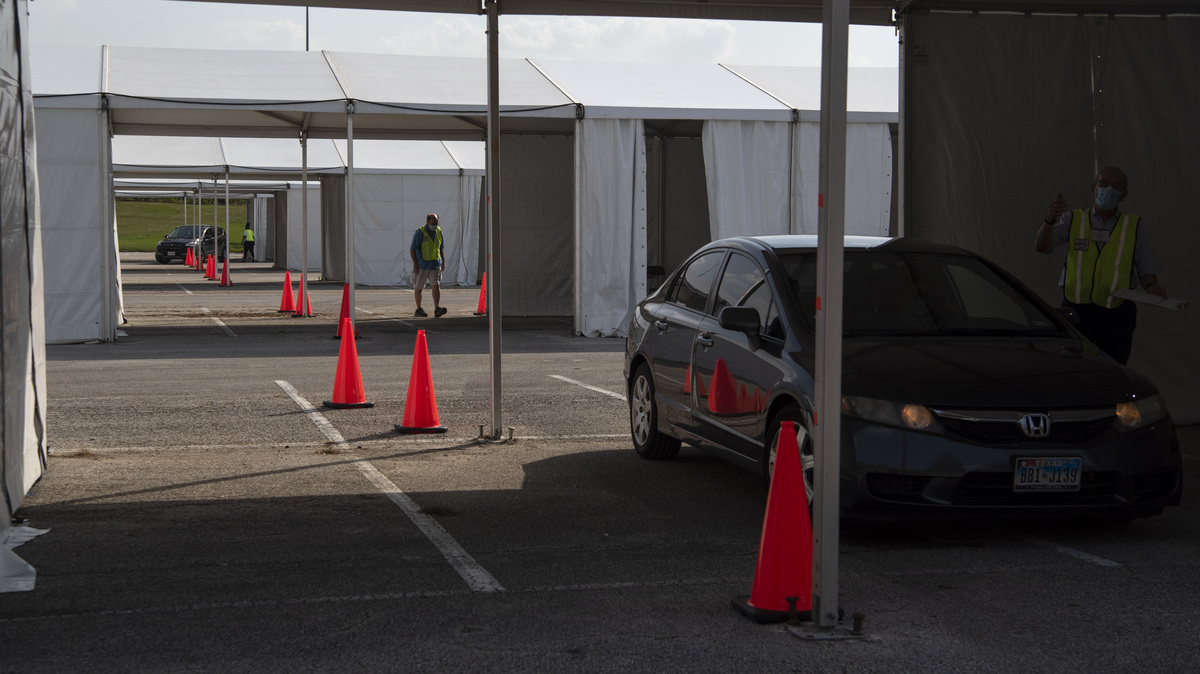 Voters drop off ballots last month at a drive-through polling place in Houston. Some 127,000 voters cast their ballots at drive-through locations in the Houston area.

The Fifth Circuit Court of Appeals has denied a bid by Texas Republicans to block Election Day drive-through voting in Harris County.

In a terse order, the three-judge panel wrote: "It is ordered that appellants' motion for injunctive relief to issue a preliminary injunction banning drive-thru voting on Election Day, November 3, 2020, is denied." No explanation was given.

The move is yet another loss for Texas Republicans who had sought to challenge the legality of some 127,000 votes cast at drive-through voting sites in the Houston area. On Monday, U.S. District Court Judge Andrew Hanen threw out that suit, ruling the plaintiffs don't have legal standing to sue. The Texas Supreme Court dismissed a similar challenge on Sunday.

Republicans Seek To Toss Out 127,000 Ballots In Democratic-Leaning Texas County

Harris County, Texas' most populous county and majority Democratic, erected 10 drive-through sites, mostly tents, to expedite the early voting process as a way of allowing people to cast ballots safely during the coronavirus pandemic. They were also in place this summer before the state's primary. Noting that point, Hanen, a George W. Bush appointee, asked plaintiffs, "Why am I just getting this case?" He later said that the suit was not timely and that "this has been going on all summer."

The suit was brought by Republican activists, who argued the move by Harris County Clerk Chris Hollins, a Democrat, was an illegal expansion of curbside voting, which is permitted under Texas law.

Hanen said that if he found the plaintiffs did have standing, he would have still ruled against them "as to the voting that has already taken place," but that he would "probably enjoin tomorrow's votes."

He also ordered that records of votes cast in the drive-through facilities be maintained in case his decision is reversed on appeal.

One of the intervenors in the hearing, lawyer Andre Segura of the American Civil Liberties Union of Texas, argued that a ruling allowing the ballots to be thrown out would cause people to have to vote a second time.

"Once the egg has been scrambled, it doesn't make sense to put it back in the egg," Segura said, adding: "We're talking about a very large scramble."

Other attorneys said some of the affected voters were receiving medical treatment and would be unable to get to the polls on Election Day.

The Texas case is one of a number of legal challenges to voting and ballot counting, many of them brought by Republicans.

Texas, long a GOP stronghold, has become an unlikely swing state this year, with urban and suburban areas such as Harris County accounting for the bulk of the growing Democratic vote. In the early vote period alone, the state has already exceeded its voting totals from the 2016 general election.

Harris County has also been the site of preelection vandalism. Someone spray-painted "Election No, Revolution Yes" and a hammer and sickle on windows at the county's Democratic Party headquarters, and the building's locks were filled with super glue, according to The Texas Tribune.

"Make no mistake: [T]his is not a partisan victory," Rebecca Acuña, the Biden campaign's Texas state director, said in a statement. "This is a victory for voters across the country who are exercising their constitutional right to make their voices heard."